Home Entertainment Bigg Boss 4 Telugu Vote: Who could be eliminated in the sixth... 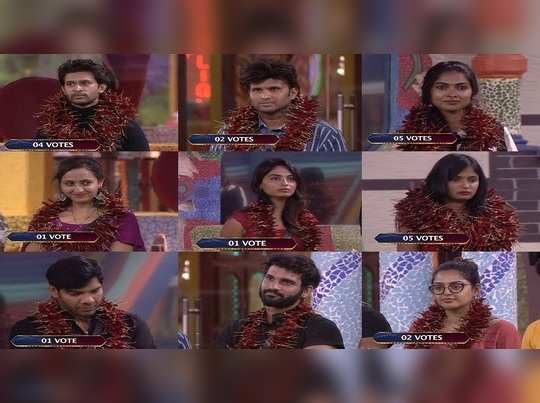 The nominations process has begun to eliminated another person from Bigg Boss House. Nine people were nominated for elimination in the nomination process on Monday 12th October 2020.

Ariana, Abhijit, Monal, Kumar Sai, Divi, Akhil, Noel, Lasya and Harikan were among the nominees. Although Mehboob was nominated, Captain Sohel was able to save his friend Mehboob from the nomination with the Captain Power given to him by Bigg Boss.

Who Nominated who in BB4 Telugu Week 6:

Judging by the nomination process every week, it looks like Bigg Boss is set to save Mehboob for another two to three weeks, not just this week. In fact Devi was eliminated in the third week but .. within that week there was a clear result in all the polls that Mehboob would be eliminated. But exceptionally God was eliminated .. Mehboob was saved.

Since then it has been common to see Mehboob coming in the nomination every week to save .. but even if nominated this week .. Bigg Boss has saved without facing elimination. Captain Power, who was not there till then, was brought to the screen. Sohail, who was the captain, was given special power. Mehboob, who was in the nomination, was saved. Based on this, it looks like Bigg Boss is planning something new with Mehboob.

As for the nominees Ariana, Abhijit, Monal, Kumar Sai, Divi, Akhil, Noel, Lasya and Harika, the safest contestants are Abhijit, Lasya and Noel. Even if these three get into the nomination, it seems that their fan following will definitely be saved. If these three go to the final then the equations will change but .. at present there will be no big problem in these three nominations.

Of these three, Abhijit is so confident that if he asks Noel to nominate him and asks for more, his confidence can be understood. Abhi is going ahead from the beginning according to the sketch that the fan base can be increased if there is frequent nomination .. Sympathy will also increase .. It will be useful in the same final. With his PR team also working well outside, Abhijit is rushing into voting anyway. So .. being in Abhi’s nomination is not a minus if he misses a plus. At present Lasya and Noel fall into the same category.

Of the rest, Harika, Divi and Akhil are in the Fifty Percent Safe Zone. Akhil is getting a lot of screen space with the Akhil-Abhijit-Monal Triangle issue. Love track with Mona over also highlights Akhil. Bigg Boss would not do the adventure of eliminating it now as it is a rating resource.

It seems that Divi also went for the nomination on purpose. Based on what Avinash has said in his nomination, Divi goes ahead with the overconfidence that his popularity will increase outside if he goes into the nomination. The chances of her being eliminated are slim as she also has a good fan base. When it comes to Hari .. a new track has started with Abhijit. Screen space is earned by showing the attitude as if I were a monarch. With more than a million social media followers, Harika has no qualms in terms of votes.

The remaining three are Wally Ariana, Monal and Kumar Sai. Of whom Kumar Sai Sympathy votes are well received. If all the members of the house are playing the game in groups .. he is playing alone from the beginning. On top of that Gangava goes on to say that Akhil is a fake if he wants to do Akhil a favor and Kumar Sai has given a certificate that he is an immaculate man who will play the game honestly. Moreover, with Kumar Sai being targeted by all the members of the house in every nomination, the sympathy of the people has increased. But will Kumar Sai be saved this week as he is every week? That is a doubt.

The other two sisters-in-law are Ariana Glory and Monal. It is not an exaggeration to say that they will not be in the family audience when they see their dresses. In Sunday’s episode, Monal’s episode was completely unpacked and criticized. Ariana, however, is busy dancing in the morning with her outfits. While these are the common minus point of the two .. Ariana Glory annoyed with the madness of the early morning, but then rebounded exceptionally. Especially in the case of the game puts full effort. Participates in any task one hundred percent. Do not compromise with anyone in that regard.

However, like Sujata .. Ariana wants to focus on the camera is crazy .. Reacting to everything over and over became a minus for her. Deliberate confrontation with Sohail in Monday’s episode .. Repeating what was said .. Nominations still claim that she is right without being able to speak to the other people. Struggling with small things like over-reacting put Ariana in danger.

When it comes to Monal .. this is the one that gets the most screen space among those in Bigg Boss House. Running a love track with both Akhil and Abhijit .. having a romance .. always appearing on cameras with romantic words. If these two do not, he will pull out his tear arrow and cry in the hole. No one can understand why he is crying. All in all Monal plays a clever game without confusion with full clarity. Abhijit continues to focus on himself unless he confuses Akhil. Showing up well? Showing up bad? That is not the point but .. Monal however tries to be highlighted somehow. The whole episode unfolded and highlighted last Sunday as if preparing for a beauty pageant if needed.

Although many audiences say that Monal is a triangle love story and a beauty pageant, Monal is the only major rating source for Bigg Boss. Bigg Boss game is running on Akhil-Abhijit-Monal love track. At a time like this, even if the votes for Monal are low, the adventure of eliminating them will not be done by Bigg Boss. So .. due to this Ariana Glory, Kumar Sailu seems to be in danger zone this week. However, in view of the opposition to Monal voting by the audience, Monal was the only one to be eliminated this week without a second thought. But without Monal, there will be a dearth of spices and affairs in Bigg Boss House. Without them, it would be difficult to imagine Bigg Boss House. 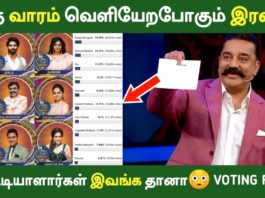 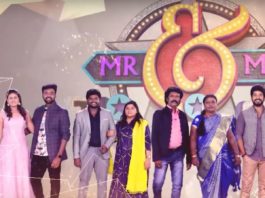