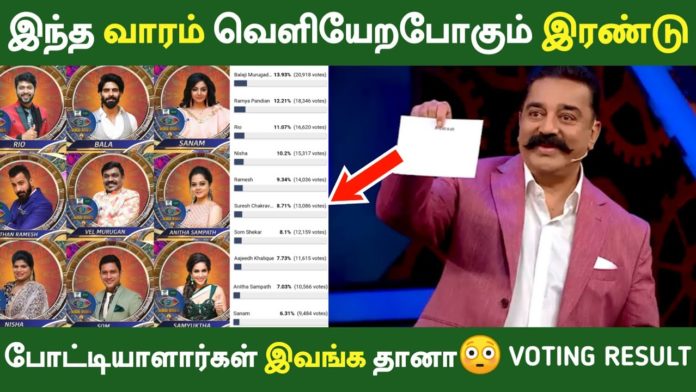 Bigg Boss 4 Tamil starts off its fourth week on a festive note. The glitzy Navaratri special episode started with a fiery nominations task. For the first time this season, the nominations task took place outside the confession room, but it was not an open nomination task. The festive special episode was preceded by nominating the fellow contestants for the second elimination of Bigg Boss Tamil Season 4.

For the first time in Bigg Boss’s history, eleven contestants were nominated for eliminations. At an early stage in the competition, the contestants will likely face tough competition as the top contestants in the show are also nominated. Rio, Ramya, Sanam, Balaji, and Suresh will be testing their fan support while contestants like Velmurugan, Aajeedh, and Samyuktha will face the danger of eviction. Aajeedh was safe last week due to his eviction free pass. However, this week will be a tough one for the young singer.

How to Vote For Your Favorite Bigg Boss Tamil 4 Contestant Online This Week?

Step 1: Download the Hotstar app from Google Play Store or iOS App Store. The Hotstar official website can be accessed for voting.

Step 2: Login to the app using an e-mail ID or phone number and the respective password. New users can sign up to create a Hotstar account.

Step 3: After logging in, search for Bigg Boss Tamil banner and click on the same.

Step 5: The nominated contestants are listed and each user will get 50 votes per day which can be casted for a single contestant or split among contestants.

Bigg Boss 4 Telugu Vote: Who could be eliminated in the sixth week?